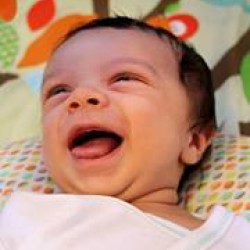 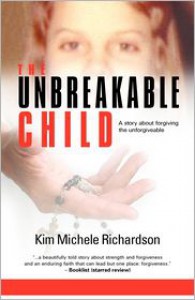 "There were no hearts but the broken at Saint Thomas," says Kim Richardson in The Unbreakable Child. The victim of abuse at the hands of the Sisters of Charity of Nazareth during her stay at St. Thomas St. Vincent Orphanage, Kim was involved in a lawsuit against the nuns at the same time that the abuses on children previously covered up by the Catholic church were making headlines. Kim and forty-four other orphans who lived at the orphanage were granted the very first monetary settlement ever paid by the Catholic church in the United States.

This book flip-flops between Kim's experiences during the legal proceedings involved in her lawsuit and her experiences in the 1960s during her stay at the orphanage. She details her day-to-day life in the orphanage, which was filled with chores, studies, and the constant fear of the nuns and the orphanage's resident priest. At first the abuse written down on these pages is extreme. After a few chapters, it's easy to see this was commonplace at the orphanage. Kim's recollections are mostly clear and consistent, as the abuse doled out by the nuns took on a familiar pattern depending on which nun was involved and the apparent offense committed.

Kim was under 10 during her stay at the orphanage; her first memory is apparently of her at age three or so, and is vague but still no less disturbing. She lived in the orphanage with her sisters, though she only saw them in passing and during mealtimes, and her life was complicated by the fact that she was not truly an orphaned child - her mother was alive but deemed unfit by the state of Kentucky to raise the children. The only adult who took an interest in her welfare was a social worker, whom Kim clung to as a mother figure.

I found this book very haunting. Any skepticism I had when I first began reading was, for the most part, eliminated by the consistency of the stories, as well as the fact that other victims of this orphanage are alive and were able to collect in the suit, presumably with similar stories to tell. My only criticism was the dialogue, both in Kim's childhood memories and her present-day conversations. I simply found it unbelievable that everyone was talking as she wrote them, particularly the children. I'd guess she just doesn't have a good memory for the spoken word (I'm the same way, and never recall a conversation exactly word-for-word), but I believe she got the gist of what was said across. It's a small thing, though.

Obviously Kim is still hurting from her abuses. Anyone would. I do think she could benefit from someone to talk to; she never even told her husband what she went through, until, presumably, this book was printed. I got the feeling she could really use a therapist. She lashes out at her attorney when he suggests it, but she's kept everything bottled up inside for so long that just writing her demons into paper can't be enough for her to deal with them. I hope she can find the peace she needs and deserves.
Tweet